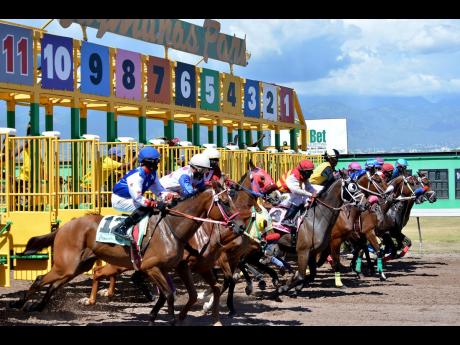 THE Government of Jamaica has updated its plans for several privatisations and the tender of five projects through public-private partnerships (PPP).

The updated privatisation and PPP plans are contained in a revised investment opportunities booklet being marketed by Development Bank of Jamaica (DBJ), which handles the privatisation of Government’s assets and PPP arrangements.

Some of these updated investment opportunities were initially presented by officials of the DBJ during an online investors’ conference back in November last year.

Since given the mandate of implementing the country’s PPP programmes and privatisation of State assets, DBJ has so far executed nine transactions worth a combined US$1.7 billion (approximately $238 billion).

These include PPP projects such as the privatisation of Jamaica’s two international airports, Norman Manley in Kingston and the Sangster International airport in Montego Bay, as well as Kingston Container Terminal and the north-south and 2000 highways.

In addition, the DBJ has successfully privatised Wigton Windfarm, Caymanas Track Limited and the Petroleum Company of Jamaica.

The PPP business opportunities being considered include projects in the water, waste and logistics sectors. The logistic opportunities involve a concession for the US$221-million Caymanas Special Economic Zone (CSEZ) and the US$14-million Kingston Logistics Park.

The CSEZ project involves building, operating and promoting a warehousing, manufacturing and logistic service zone in a 236-hectare greenfield site near the port of Kingston. Feasibility studies have already been completed and the plan is to award it through a 22-year concession.

The logistic park will require an investor and/or operator to build an 18,000m2 warehouse at the Kingston port and operate it for 50 years.

The latter seeks to reduce non-renewable water from 74 per cent to 30 per cent by December 2021. The Government is planning to award the PPP project through a 20-year concession.

There are also plans to expand the Soapberry wastewater treatment plant in Portmore and Kingston via a 30-year concession or privatisation, with an estimated capex of US$85 million. The aim is to double the plant’s capacity of 62,000 cubic metres per day.

DBJ is considering privatisation of some or all the services provided by three companies controlled by the Government. These include the island’s electricity supplier Jamaica Public Service Company (JPS), Jamaica Mortgage Bank (JMB) and Jamaica Railway Corporation.

For JRC, the business model plan – which is still being evaluated – involves privatising the commercial railway services offered at the sections that run through Montego Bay city and the St James and St Elizabeth parishes. JRC’s railway network spans 335 km through all 14 parishes.

Another business model to be determined concerns the privatisation of JPS, for which the Government has begun plans to divest all or some of its shareholding through the Jamaica Stock Exchange (JSE).

The plan to privatise JMB via JSE could help the Government reach several goals, including raising capital for the mortgage bank to facilitate housing development and for deepening the mortgage market. This process will also lead to widening the ownership of JMB and to the generation of funds for the State’s coffers.