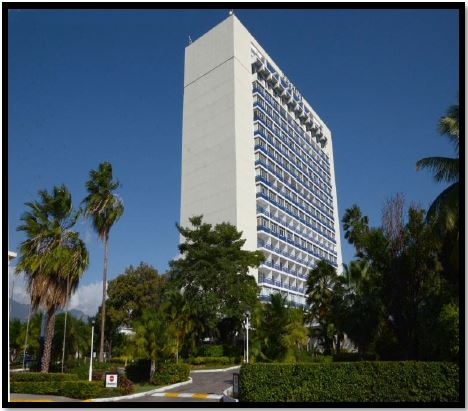 In December 2010, local hotelier Kevin Hendrickson acquired the Government’s 59.81% stake in Pegasus Hotels of Jamaica Limited, which owns and operates the Jamaica Pegasus Hotel. The hotel, one of the Caribbean’s premier business and leisure hotels, is one of three owned by Mr. Hendrickson in the New Kingston business district. In addition he owns a property in Montego Bay.

The Transformation
The transition in ownership of the property has truly epitomized the achievement of the ultimate objectives of privatisation. While releasing resources for the Government, it has also provided a viable investment opportunity for the private sector. The Jamaica Pegasus Hotel
Since privatisation, the hotel has been transformed with the implementation of a major refurbishment and upgrading programme. Notably, the company utilized several local suppliers during the refurbishment process and confirmed that it will continue to seek opportunities to work with goods and services supplied locally.
According to Mr. Hendrickson, while the initial decision was somewhat difficult, given challenging visitor arrival numbers and the need for substantial refurbishment of the hotel, the final influencing factor was his desire to see the overall improvement of the product offering in Kingston and the fact that Pegasus could serve as a driver for renewed interest in the city, especially in the Meetings and Conventions Market. Additionally, having
operated in the Kingston environment, he recognized the value of the landmark hotel property and its potential. Inside the Jamaica Pegasus Hotel
Over US$10M has been invested in the venture to date, and Mr. Hendrickson affirmed his commitment to continue to re-invest as necessary to keep developing the product and maintain international standards.
TESTIMONIAL: “To date we are very satisfied with how our investment has performed. We have seen a turnaround in revenues and profitability and customer satisfaction scores have also improved significantly.”